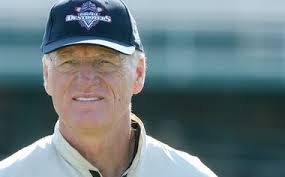 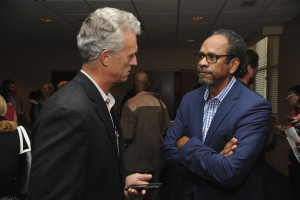 I get to do all sorts of stories now as a writer for Old Dominion, stories I would have never thought of doing or believed I could do with any degree of competency back in the day.

Stuff on nuclear physics, I kid you not. Biologists working with bees and spiny lobsters, photographers headlining exhibits at the Chrysler Museum, filmmakers, novelists and musicians creating their next ambitious piece of work.

Sometimes, though, sports will cross my path, which is a treat, considering my professional background. ODU has its own sports information office that distributes news and features mostly on current athletes, so the stuff handed to me usually involves alumni.

A story got passed my way recently and I finally got to write it amid all the semester-opening writerly demands. It’s about a former ODU women’s soccer player, who transferred in from community college but wound up playing only one season, who despite raising her young son as a single mother, graduated in computer science, works in hush-hush information security, and has labored nine years in the women’s tackle football league you didn’t know existed, the Women’s Football Alliance.

Two broken legs later, and one gold medal playing for a Team USA you also didn’t know exists, Okiima “Sweet Feet” Pickett soldiers on as a fullback for the league-champion Washington, D.C. Divas.

Soccer was her life growing up in Charlottesville, but then other parts of life started happening. We talked about it all for an hour on the phone one day. We laughed a lot. Okiima is delightful. And then I got to revisit, in a way, the featury sports column I used to like to write so much that maybe could draw in non-sports readers. Those were always my favorites.

It’s a short story (posted at ODU news and minimally tweaked here), but I like it.

After Okiima Pickett broke her right leg twice in nine months playing tackle football, she had one thought: how soon till I can play again?

“It was a very traumatizing experience,” said Pickett, a 2003 graduate of Old Dominion University in computer science. “But I didn’t want to be known as the player who broke her leg and quit.”

Pickett, who played women’s soccer at ODU, is far from quitting the Washington D.C. Divas of the Women’s Football Alliance, even though she is 35 years old, has a titanium rod in her shin and screws in her knee and ankle.

A running back nicknamed “Sweet Feet,” Pickett is one of the Divas’ most experienced veterans with nine seasons under her shoulder pads. And in August, she captured her first championship of the 41-team league when the Divas defeated the Dallas Elite 30-26 in the title game in Los Angeles.

Her presence on the roster in 2015 seemed doubtful when Pickett’s leg was broken by a tackle during a game late in the ‘12 season, and then broken again in the first game of ’13, by the same opponents from Boston.

“Coming back from injuries like that, you have no idea what to expect,” said Pickett, who works as an information security engineer. “I was thinking my career might be over, wondering if I’d ever have my game back. So for me to be able to play again and contribute to a championship is an awesome feeling.”

Pickett did quit once; she stopped playing co-ed soccer near her Maryland home when teammates suggested she take her on-the-pitch aggressiveness to the Divas.

The idea intrigued Pickett, who said she asked to try out for her high school football team in Charlottesville but was denied by the coach, a family friend who worried about her.

Pickett got pregnant and couldn’t accept the soccer scholarship she said ODU offered her out of high school. She wound up attending community college for two years and was recruited again for ODU’s soccer team. But with a challenging academic load, as well as her young son to care for, Pickett played just one season before she graduated in the summer of 2003.

Her son is 16 now, and Pickett said she is gratified he’s been able to witness the sweat and dedication she’s put into her comeback.

“Okiima is the ultimate D.C. Diva,” said teammate Kenyetta Grigsby, the team’s tailback who runs behind Pickett, a 5-foot-4, 140-pound fullback. “I didn’t think she’d let the leg injury stop her. She loves football and she loves the Divas, so I knew she’d be back.”

Pickett played for Team USA five years ago in the first International Federation of American Football women’s world championship – the U.S. won the gold — and said she hopes to make the 2017 national team at age 37, so retirement isn’t yet in the conversation.

“My leg can predict the weather,” she joked. “It still aches and stuff, and I also had mental hurdles to overcome this year. I needed to get my confidence back. In my mind, I feel like I limp when I run, although on film you see that I don’t.”

“She had her leg so wrapped up at the beginning of the season, we called her ‘Peg Leg,’ ” Grigsby, a police officer in Northern Virginia, said with a laugh. “But she got her name back by the end.”