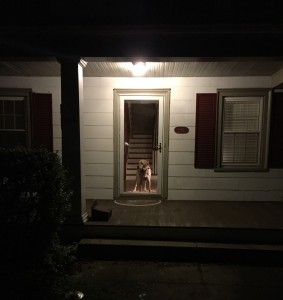 It is coming on six years that Ollie and I have been together.

So I guess he really is about 10 now. The pups don’t come with papers from the humane society. They took a guesstimate of about 4. Sounded good enough for me.

We should take more pains to remind people what we think of them. The same applies to pets, of course. So I scratch Ollie’s ears and tell him I don’t know how I’d have gotten through the last six years without him.

I don’t know that he understands. I like to think he does, and that it’s not just all about the cookies.

I realize Ollie, my first dog, has been the one constant in a long period of change — flux? — that continues still. Departures have left the house quiet. Life arcs have altered completely. New relationships have sprung through the fallen leaves like rogue bulbs, promising all can and will be well.

Ollie holds steady. He wants to walk and sniff and chase the ball through the field. He wants to rough-and-tumble in the den. He wants to nudge me awake because it’s time to eat, and let’s go already! He wants to meet me at the front door every night. He wants to curl on the rug and listen to my guitar or warm his 10-year-old bones by the gas fire.

Just to continue the Chase Utley dirty-slide, no-dirty-slide discussion a bit longer before Game 3 of Dodgers-Mets tonight, here’s an interesting counterpoint from SportsIllustrated.com to my thought that the Dodgers’ Utley did what players have done in baseball forever — with baseball’s tacit endorsement, despite take-out slides actually being contrary to the letter of the law.

The umpires got it wrong on Saturday night. On Sunday, Major League Baseball got it right.

With its precedent-setting suspension of Dodgers second baseman Chase Utley for Games 3 and 4 of the NLDS against the Mets, the commissioner’s office all but admitted that the umps erred by not ruling Utley out for his overly aggressive takeout slide in NLDS Game 2 that ultimately resulted in the tying run scoring and left New York shortstop Ruben Tejada with a broken right fibula.

In the very first words of its statement announcing the suspension, MLB calls Utley’s slide “illegal.” Joe Torre, MLB’s Chief Baseball Officer said, “After thoroughly reviewing the play from all conceivable angles, I have concluded that Mr. Utley’s action warrants discipline. While I sincerely believe that Mr. Utley had no intention of injuring Ruben Tejada, and was attempting to help his club in a critical situation, I believe his slide was in violation of Official Baseball Rule 5.09 (a)(13), which is designed to protect fielders from precisely this type of rolling block that occurs away from the base.” 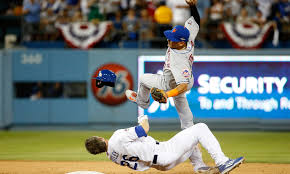 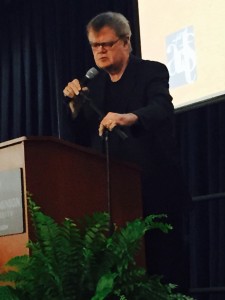