I came across this old column just now, foraging a cabinet for something else. It’s a pleasant surprise, in that it is actually one of my old columns that I like, because so many make go “meh” at best.

It’s about the day more than 10 years ago (!) that Bobby Wilder was introduced as the head coach of Old Dominion’s football team, then little more than a glow in the eye of the ODU athletics department. Today, the Monarchs are a contender in FBS Conference USA, play ACC opponents (no W’s yet, but maybe soon) and have a stadium renovation on tap.

I have decent recall of introduction day; the swirl of activity and buzz in the Constant Center, Wilder, a longtime assistant at Maine, where he played quarterback, showing up with hair and an impressive 5 o’clock shadow to give his first rah-rah pep talk, me softly approaching Wilder’s welcoming wife Pam to pose some questions as her husband did other interviews afterwards. For sure, I remember his energy and his promise to bring it every day, around the state, to start carving a name for ODU football.

It seemed a daunting chore, for sure. But ODU fan or foe, you have to judge the past decade a wild success, probably beyond even what Wilder, the most self-assured of men, saw in his quiet moments back then.

Key to success may lie in a schmooze transition

NORFOLK — One interesting fact on an afternoon filled with them at Old Dominion: New football coach Bobby Wilder and his wife, Pam, operate a cable-free household in Bangor, Maine.

Sports are Bobby’s life. But, Pam Wilder said, ensuring their two young sons are undistracted readers is worth an ESPN vacuum. Not that the coach himself avoids the temptation 24/7.

“A few times he’ll say, “Oh, important meeting, gotta go,’ ” Pam Wilder said, laughing. “Hmm, there’s a game on right now and he has to go? I’m not a rocket scientist, but I’m not stupid either.”

It’ll be hard not to learn a volume of interesting things about Bobby Wilder over the next couple of years. His preference in defensive line schemes. His taste in office decor and uniform styles. Heck, boxers or briefs maybe. Anything and everything.

If there’s a radio or TV, soapbox or service-club meeting near  you, Bobby Wilder is going to be on it or at it — in the words of athletic director Jim Jarrett — “sell, sell, selling” ODU football.

Questions? Wilder will take questions until  your well of curiosity runs dry.

Comments? He’ll comment till the cows AND the sheep come home.

“He’s perfect for this,” promised Pam Wilder. “For him, it just rolls right off, he’s so comfortable  doing it.

“I think it comes from probably all the years of being an athlete, being in the spotlight, being a quarterback, having to think on your feet. It just comes natural to him.”

That’s huge because Wilder, 42, is a coach with no one to coach until — clear the calendar, Monarchs fans — 4 p.m. next Feb. 6. That’s the time and date of his first open tryout for walk-ons for his first team.

Every new college coach does community breakfasts, campus lunches and donor dinners till his belt expands a notch. But being the coach of a program that owns one football — the souvenir pigskin Wilder toted Monday at his media introduction — means never being able to say, “Sorry, can’t make it.”

Garden club? Preschool assembly? Car-wash ribbon cutting? Wilder has scissors, and he’s not afraid to use them.

“That’s primarily what  I’ve talked to Dr. Jarrett about: keeping that momentum behind the program,” Wilder said. “Building the war chest, so to speak, not only of support financially, but support from the people who are excited about the program.”

So many ODU people he’s already chatted up, Wilder said, “want to know what we’re going to do offensively and defensively, but they also want to know where am I going to park on game day?

“I’m not sure where I’M going to part on game day right now. So there’s going to be a 2 1/2 year-period where we’re trying to work our way through all of that.”

Schmooze his way through it is more like it, with boosters and potential boosters, of course. But even more importantly, with the raw material of his construction project: a state full of recruits and coaches who’ve never heard of this 17-year assistant from Maine.

Yet. Give him till next Tuesday.

“I plan on getting a database of every high school coach in Virginia,” Wilder said, “and I plan on being in touch with everybody as soon as I can.”

Cable sports, Wilder has shown he can live without, sort of. But a fully charged cell battery? A new coach in a new land can have no greater friend. 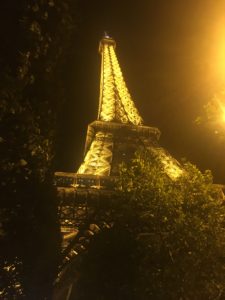