Dee so very generously gave me this outstanding Garmin multi-sport training watch for Christmas. I’m pretty sure it features bells and whistles that haven’t even been invented yet but, miraculously, they are here on this crazy watch.

This morning I am trying to become familiar with the instrument, so that when my strained hamstring allows, I will be able to put it to comprehensive use as a timer, fitness tracker, sleep monitor, psychological motivational tool and, I believe it says on page 32 of the manual, a fondue maker. 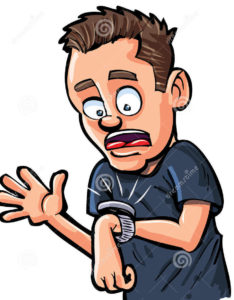 END_OF_DOCUMENT_TOKEN_TO_BE_REPLACED

Sure, it’s full of heinous trolls and Donald Trump and it can’t get traction on the tech stock market. But check this out:

A newsletter I get in my email included today a GIF of a goat jumping and sliding down an icy hill back onto dry land. Don’t ask me why it was in the newsletter, it doesn’t matter. But because I was feeling over-caffeinated and a little lightheaded due to lunchtime hunger pangs, I copied the GIF and threw it up there on my Twitter account.

It’s, like, a silly two-second clip. A goat sliding down a hill. Maybe I violated copyright and trademark laws by copying it off the newsletter, I don’t know. I have never had any idea about that kind of thing.

Well, hell if in the last 30 minutes it hasn’t become the biggest hit of anything I’ve ever posted on Twitter in the five or six years I’ve been on that particular social media timesuck . . . um, I mean, forum.

I owe my sudden world-wide popularity – OK, the goat owes his popularity — to Sally Jenkins.

Sally is a great author and sports columnist at the Washington Post. She follows me on Twitter, for some sympathetic reason, bless her heart. And evidently, she happened to be on her feed when, whaddya know?, up popped a two-second GIF of a goat sliding down an icy hill.

Clearly amused, she liked it and then retweeted it. Sally has 23,000 Twitter followers. Literally seconds later, poof, I became far closer than six degrees to Kevin Bacon or anybody else in the world. Seriously, likes and retweets continue to flood in from all over the globe.

But I guess if we’re all going to hell and we all know it and shit is broken everywhere and just looking unfixable, I will take a little satisfaction and crack a little smile that a dopey ice-sliding goat that I foisted upon an unsuspecting world has produced a few seconds of delight for so many.

After all, puppies, kittens and ice-sliding goats are the universal language, are they not?