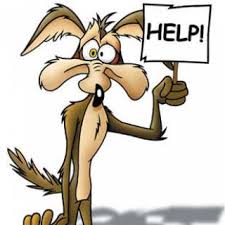 Really far afield here . . . because what I know and usually care about politics is like this (PowerPoint slide of hands held verrrrry close together) … but here’s my thought on explaining the Donald Trump phenomenon:

He is the magnetic, but half-crazy coach you always wanted to play for, no matter the sport. Right? Could be soccer, could be baseball, football, whatever. Remember when you were a wide-eyed kid trying to make that high school team, or hang on to your tenuous roster spot? You didn’t know or care how much your coach knew about the game, or what was really going on behind the curtain, as in who among the assistant coaches was really creating the game plan week to week. (Most do, you know . . . )

You just knew you liked your head coach, you liked his aggressive personality, his bubbling-over confidence, how great he made you feel at kickoff with his pre-game oratory,  how you didn’t want to disappoint him — ”We can DO this. We are the BEST. Are you ready!?”

That’s what I see in Trump as a presidential candidate. He has conspicuously not answered — and very possibly cannot answer since he is a businessman concentrated on making bank these last 40 years — a single substantive, traditional question (other than how he legally worked the system as a builder) about domestic or foreign policy. Yes, he would build a wall or “bomb the hell”out of the Iraqi oil fields to defeat ISIS. What? Really? What?

But it seems there is an amazing multitude of people who don’t particularly care about specific and traditional domestic or foreign policy answers right now, but who instead are at the point where they just want to feel good about themselves and their country and god damn it, China is NOT gonna beat us again! — whatever that actually means.

And so we have Trump, the Charles Barkley of presidential politics, who can say anything — seriously, he can say anything — and get the Teflon “that’s just Donald being Donald” explain-away. You’re the Man, Donald!” (Cue multiple swooning Trump-o-philes shouting “Trump, Trump, Trump. . . .”

That’s what I think this is, pretty much. Those who run for national office are rare among us. But Trump has the gene (if not the world-leader intellect or strategery  aptitude) to run without proving substantiveness other than he won’t get beat on deals. The expectation, then, is that he would hire competent (at the very least) cabinet members — and then get out of the way, like the best top executives.

That’s why I suspect Trump – thanks, too, to his mega-money — could be the one historic outlier who sticks this time. Who doesn’t run out of cash, or interest, etc. but who toughs it out through the hard pending winter of America’s venomous discontent.

For sure, based on the restaurant patrons I saw Thursday night who spontaneously shussed everybody around them and gathered near the TV when it came time for Trump to speak, the blustery, bombastic Man is a force with which to be reckoned. Now, and on into the grinding months of Election Season.