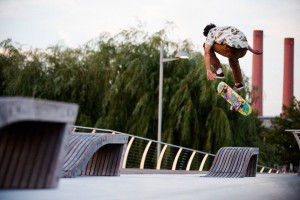 I can guarantee I didn’t watch President Bill Clinton deliver his first State of the Union address 21 years ago tonight. That was nothing to do with political leanings or being at a ballgame or on a plane. Our family’s union had grown by one male child earlier that day, the brand-new brother to his 2-½ year old sister. My state at that point was pretty much oblivious.

I don’t make a huge deal out of birthdays, especially my own. I’m a killjoy in that sense, among others. But 21 for your only son begs a mention, if not a party hat, a paper horn and an embarrassing childhood photograph posted on social media because as ever, 21 is real. The fake ID, shredded; the crutch of “youth” or whatever, dismissed. The mantle of adulthood, drawn and fitted for permanence, adorned.

Except I suspect mommy and daddy take all of this life-passage business, sniff-sniffing down Memory Lane, much more to heart than the actual passenger, who just wants to finally enjoy a beer without threat of police action. It’s a personal sample size, granted . . . but my 21st was so time-stopping and monumental, I have only the barest recollection of getting obligatorily drunk at a happy hour in Allentown, Pa., where I was playing summer baseball, courtesy of teammates with shocking disregard for the training rules.

Anyway, what I mean is, for the subject most intimately involved in aging, the beginning of 21 is really just a day after the end of 20, a milepost reached in the relentless scuffle through degrees of clarity and wilderness that continues unabated, for all of us.

But yet, the parental pang commands an emotional revelry forthwith. A reflection on first steps, lost teeth, report cards, hair styles, fastballs, goals scored, prom pictures, skateboard tricks, speeding tickets, ER visits and acceptance letters. The plucking of an upright bass, the deepening of a voice, the violence of a volleyball, well-spiked.

But now, and better still, his gradual awareness of a world beyond those daily dramas. The recognition of his unique place and potential impact as a young adult and citizen.

So yes, 21 today it is for that . . . well, normally here I would write “boy.” But that pat-on-the-head diminutive really no longer fits, even draped with affection — and not only because he physically dwarfs me, but because of merit. Chronology announces a “man,” but not all who transition to the stature can or will answer to all it demands.

Bella Donna
Coach K and the next thousand
My Tweets